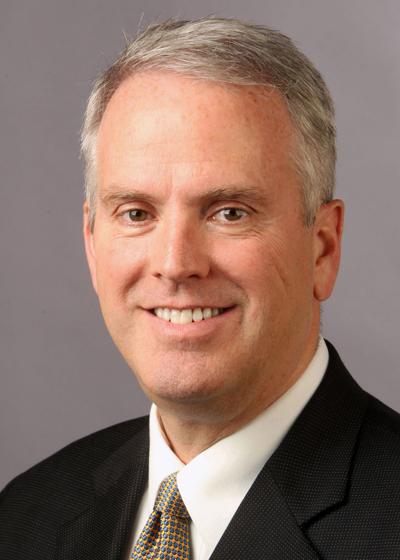 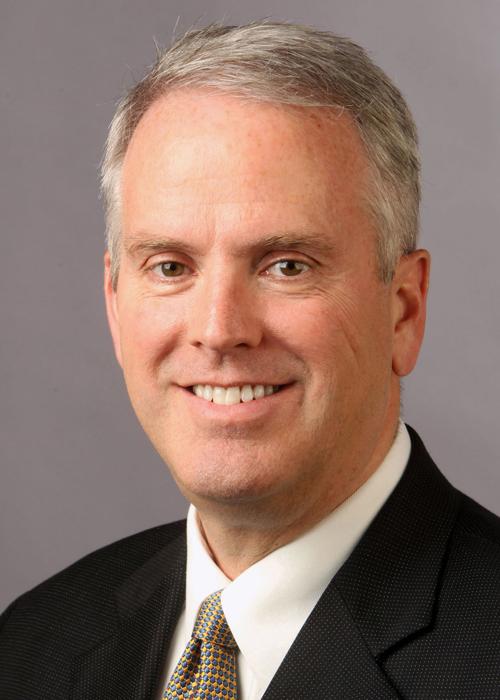 Kevin Mowbray was elected president and chief executive officer in 2016, having served as executive vice president and chief operating officer since 2013. As President and CEO, he has direct responsibility for all aspects of the company’s operations, including more than 77 markets in 26 states and the corporate staff, with special focus on digital growth, revenue expansion and business transformation. He was elected to the Lee Enterprises Board of Directors in 2016.

He previously was publisher of Lee's largest newspaper, the St. Louis Post-Dispatch since 2006, where he drove the company's digital efforts and piloted many significant digital products and initiatives. While in St. Louis, the Post-Dispatch received Lee's highest honor, Enterprise of the Year, in 2012, for strong financial performance and leadership in developing company-wide sales and audience initiatives. Also during his time in St. Louis, as a Lee vice president of publishing, he held additional responsibility for 13 other markets in Arizona, California, Illinois, Indiana, New York, Missouri, Pennsylvania and Utah.

Mowbray began his career with Lee in 1986 as an advertising sales representative in his hometown of Kewanee, Ill and progressed through several key sales and marketing leadership positions in the company before becoming general manager at the Missoulian in Missoula, Montana, in 1998. In 2000, he advanced to publisher of The Bismarck Tribune in Bismarck, North Dakota, where he guided the newspaper to the 2001 Lee President's Award for Enterprise of the Year. In 2002, he was appointed vice president for sales and marketing, and in 2004 he became a vice president for publishing, with responsibility for markets in Indiana, Illinois, Iowa, Kentucky, New York, Pennsylvania and South Carolina, while also serving as publisher of The Times of Northwest Indiana. In 2005, Suburban Newspapers of America honored The Times as national Newspaper of the Year.

Mowbray has been active in many civic and industry organizations. Among industry activities, he currently serves on the News Media Alliance Board of Directors and is the Board of Trustees Chair of the American Press Institute. He is a journalism graduate of Western Illinois University. He and his wife Linda have four children. 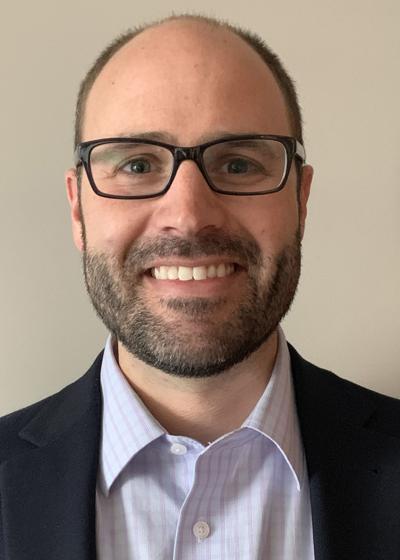 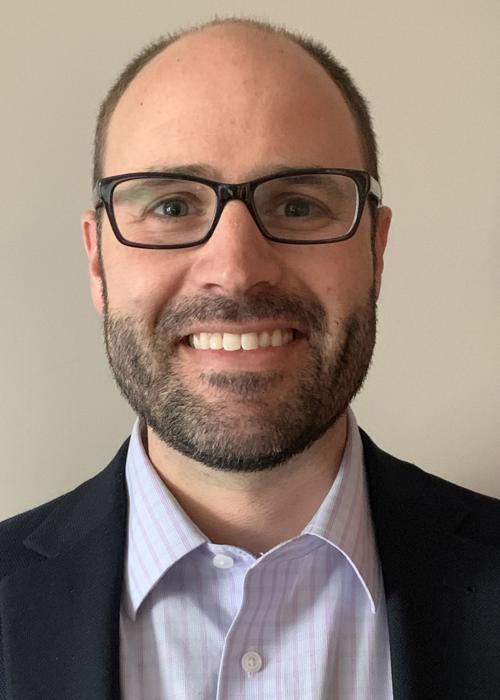 Tim joined Lee in 2010 and was named to his current role in August 2018. During his tenure at Lee, Millage has been a valued member of the executive team and has played in instrumental role in several major financial developments at Lee, including the refinancing of the company's debt, merger and acquisition activity and investor relations.

Millage has almost 15-years financial management experience. Before joining Lee, Millage was an audit manager with Deloitte, LLP and served multinational clients in various industries. He holds a Bachelor of Business Administration in Accounting & Finance from the University of Iowa and holds a certified public accountant certificate from the state of Iowa. 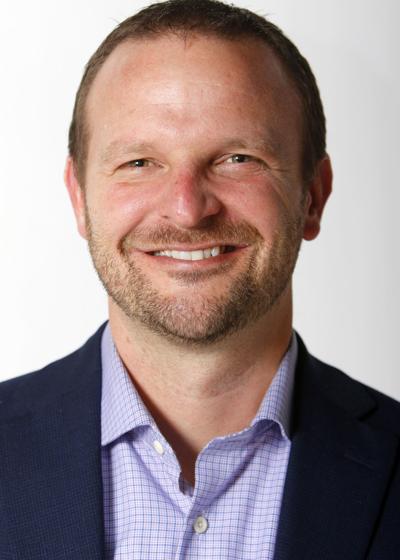 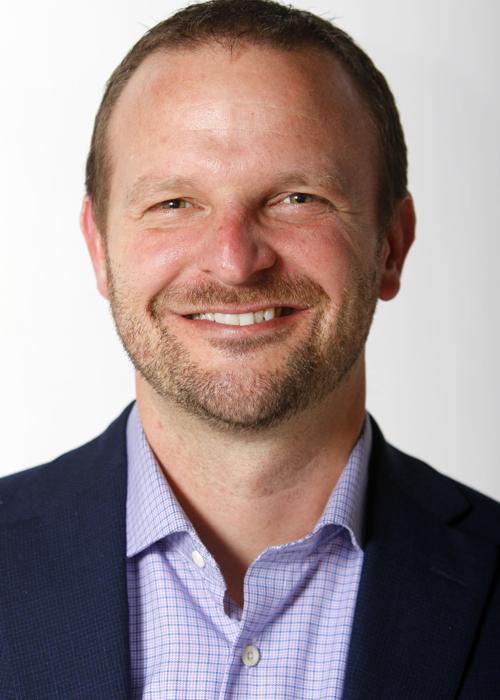 Joe Battistoni has served as Vice President of Sales and Marketing for Lee Enterprises since November 2020. During his tenure at Lee, Battistoni has played an instrumental role in Lee’s sales transformation and commitment to growth.

Joe joined Lee in 2014, working at The Times of Northwest Indiana, where he served as General Manager, Vice President of Sales & Marketing, and Digital Director during that tenue. Each year there, The Times Media Co. was nominated for Lee’s Enterprise of the Year, and was the recipient of the award in 2014.

Prior to joining Lee, Joe spent 10 years at Tribune Media Company in various leadership positions. He helped launch digital services across the company and led the initiative in Chicago. Joe also served in various targeted media positions including RedEye, cars.com, and metromix.com.

Joe earned his B. A. in Political Science and Communications in 2005 from Southern Illinois University in Carbondale. Joe has been recognized by Editor & Publisher Magazine as a 25 under 35 winner.

Joe and his wife have three children. 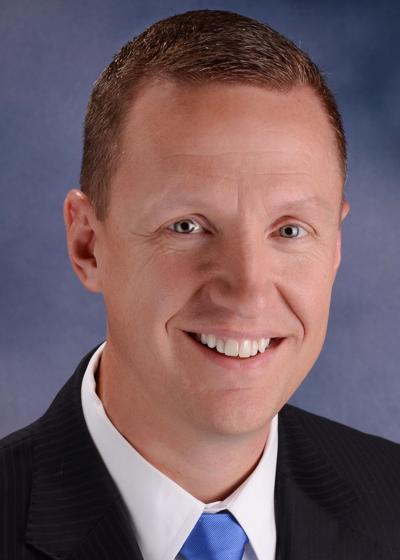 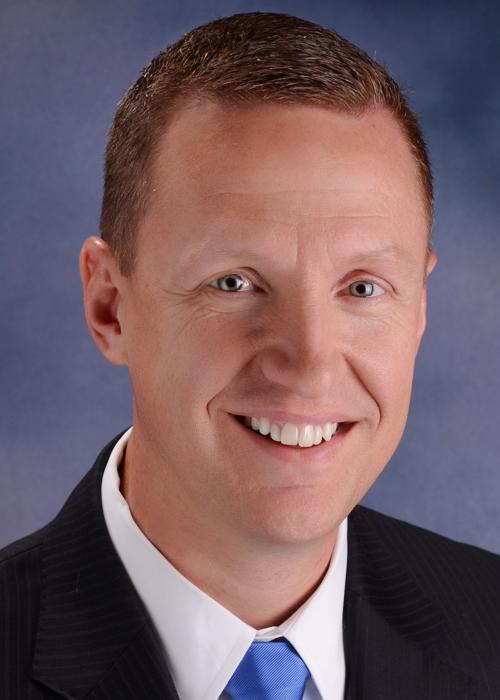 He began his newspaper career in 1988 as an intern in the advertising department at Billings Gazette Communications, where he became director of sales and marketing after advancing in circulation leadership positions there and at the Independent Record in Helena, Montana. Under his leadership, the Star-Tribune received Lee’s highest honor in 2005, Enterprise of the Year.

Bekke has been involved with a range of charitable, community and statewide organizations.  He has served on the board of directors for the Wyoming Business Council, Wyoming Meth Project, Casper Area Economic Development Alliance, Casper Area Chamber of Commerce, Child Development Center of Natrona County, United Way of Natrona County and Central Wyoming Officials’ Association. 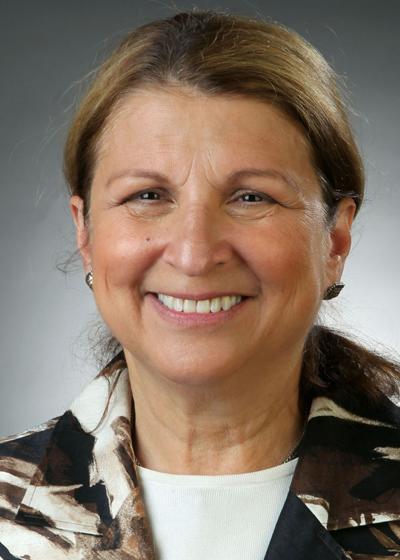 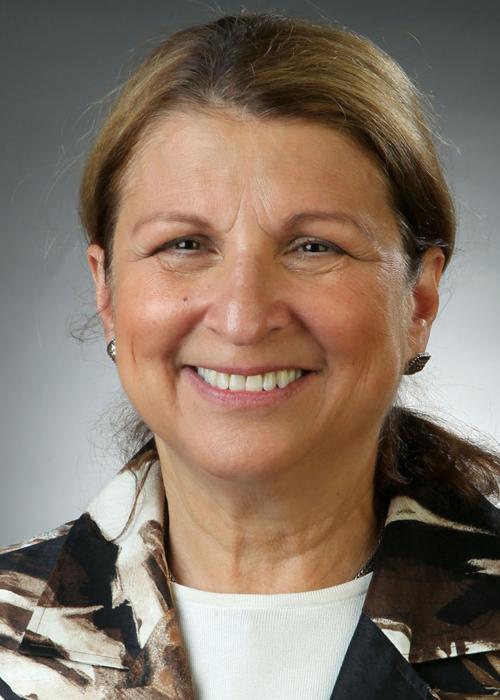 Her career includes top leadership positions in human resources and operations for the former Knight Ridder Inc., serving at The Miami Herald, St. Paul Pioneer Press, the Philadelphia Inquirer and Daily News and the San Jose Mercury News. She also served as vice president for human resources and operations at the Milwaukee Journal Sentinel. She began her newspaper human resources career in 1985 at the Hartford Courant. From 1981 to 1985, she served as an attorney for the National Labor Relations Board in Connecticut and New York. She also previously was an attorney for the Puerto Rican Legal Defense and Educational Fund in New York.

She is a graduate of Columbia University and Brooklyn Law School. She is a past president of the National Association of Minority Media Executives. 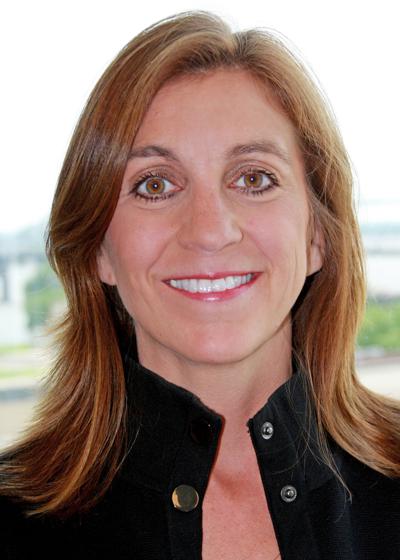 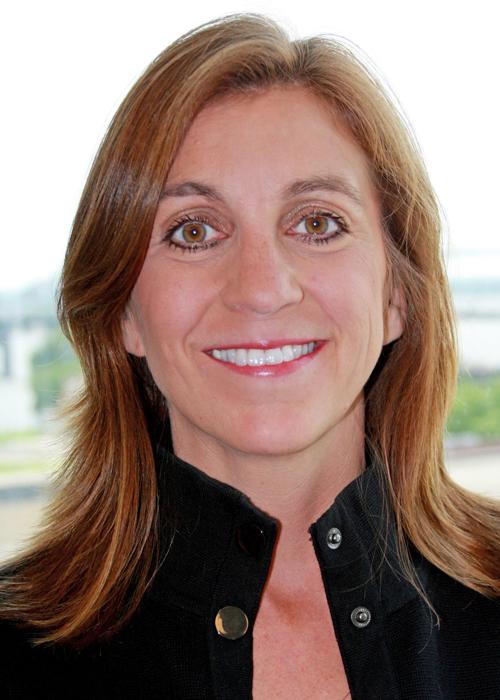 She joined Lee in 1994 as an IT team leader and advanced to director of technical support in 1999. She previously was a systems engineer for IBM Corporation. She is a business administration graduate of the University of Illinois with a concentration in management information systems.

Among community activities, she has been member of the Scott County YMCA IT Advisory Board, a board member of the Pleasant Valley StingRays swim team, a Junior Achievement classroom teacher volunteer and a member and former president of the St. Paul Lutheran Church Council. 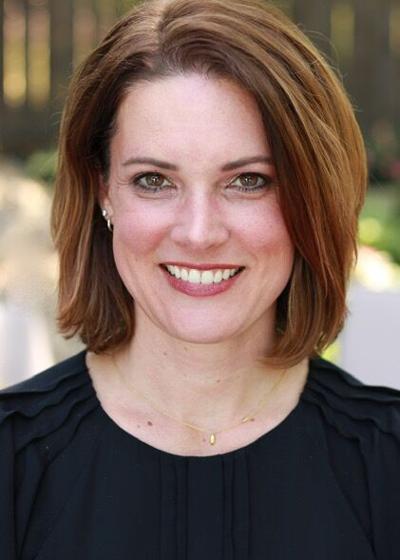 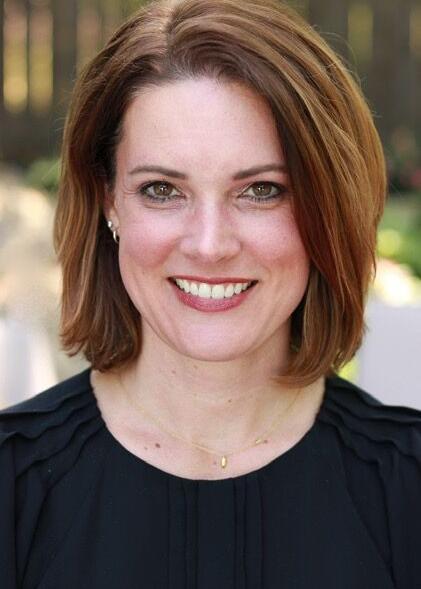 Jolene joined Lee in 2005 as a sales executive with the St. Louis Post-Dispatch. She was senior director of sales for key and automotive accounts at the Post-Dispatch and STLtoday.com, before her appointment to Amplified in 2017. Her career also includes management positions in new business development and digital advertising with the Post-Dispatch, earning two Lee Innovation in Revenue awards during that tenure.

Jolene and her husband Nathan have two children. 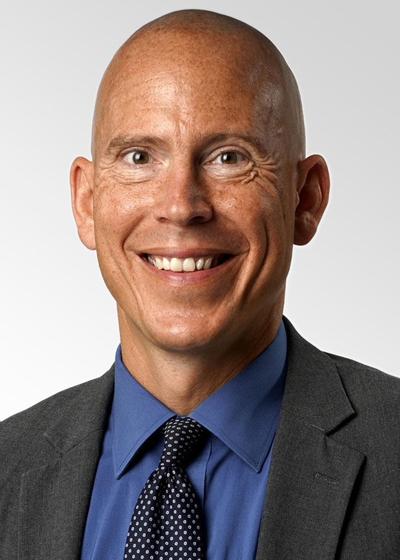 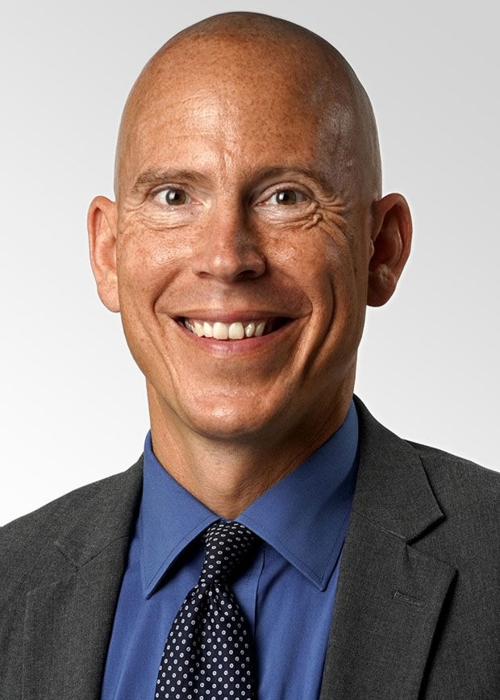 Jason Adrians was named Vice President-Local News in January 2022.  Prior to that, Jason served as executive editor of the Wisconsin State Journal in Madison, Wis., and national editor for Lee.

Jason has spent the majority of his 25-year journalism career with Lee Enterprises and has served in several newsroom leadership roles, including publisher and executive editor of the Casper Star-Tribune in Wyoming and executive editor for The Post-Crescent in Appleton, Wis.  He was a manager for the Wisconsin State Journal when the news organization was named a Pulitzer Prize finalist for its coverage of the 2011 protests at the state Capitol in Madison.  As Lee’s national editor, Adrians received Lee’s “President’s Award” for “Innovation in Print Media” in 2017.  He also has held key newsroom management positions at the La Crosse Tribune in Wisconsin, the Winona Daily News in Minnesota and the Key West Citizen in Florida.

Adrians is a journalism and communications graduate of the University of Wisconsin-Eau Claire.  Jason and his wife, Katie, have three sons.